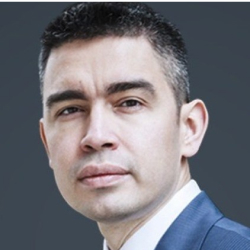 Dr Salikhov has worked at the FIEF since it was established in 2004. On January 31, 2020, he was elected as the President of the Institute.

Dr Salikhov is the and head of the FIEF economic projects. He has a relatively wide range of interests, including real development issues for the world economy, global trade and financial markets, as well as problems of the Russian energy sector.

Dr Salikhov graduated from the Moscow Institute of Electronic Technology with a degree in Financial Management. He got PhD in economics in 2008 («Managing Intellectual Capital at  Enterprises on a  Management»). Prior to 2005, Dr Salikhov worked in the strategic planning department at  Business Consulting Company as a consultant and was responsible for developing financial models to evaluate values of corporations.