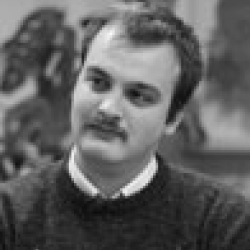 2001–2007 — studied at Moscow State University’s Physics Department and graduated with honors with a degree in Mathematical Physics.

Mr. Kondratiev’s interests include the macroeconomic development of the real sector of the Russian economy, and infrastructure sectors (energy, transport).

"The Russian ingenuity": how to circumvent sanctions

Russia's response will deal a tangible blow to the Lithuanian economy

An economic independence of Russia

BRICS may have its own currency. What will it be and what is it for?

Gas hysteria in Germany has scared the whole of Europe

European "green energy" lobbyists are against common sense: who will win?

Israel to supply gas to the EU via Egypt

Why France does not refuse Russian gas

How Gazprom can solve the problem with Nord Stream

The American-style blackout: no electricity, no fuel - everything went into renewable energy

Why do sanctions not affect Russia's profits from gas exports?

An oil embargo: not yet critical, but, it seems, one not to come out dry from it

On monetary and budgetary approaches in Russia in 2022–2024.

Prospects for Russian gas in China

Amid rumors about the war, it seems that Nord Stream 2 may not be launched at all

How will the inclusion of nuclear generation in the green taxonomy affect Europe?

Prospects for the Chinese gas industry: will there be a “window” of opportunities for Russian raw materials?

Gazprom is not interested in speeding up the NS-2 certification

The details of the gas contract with Moldova remain a mystery

Can Russia save Europe from the energy crisis

A difficult winter: why the gas crisis in Europe is far from over

The Energy Crisis of Europe

A gas collapse or new reality?

A winter of high prices

Subscribe
You will receive notifications about the release of new materials on the site. We do not share email addresses with third parties and do not spam.
Ok
Thank you!
Your application is accepted.
Ok