Alexey Gromov, Principal Director on Energy Studies of the Institute for Energy and Finance, published an column on the Internet portal "Oil and Capital" with an analysis of the scheme proposed by Russia for converting gas payments into rubles with the so-called unfriendly countries.

According to the Order prescribed in the decree, foreign buyers from the list of the so-called unfriendly countries must open two special accounts (in the currency of the contract and in rubles) in an authorized Russian bank (Gazprombank). The first (currency) account will receive payments for purchased Russian gas (in full compliance with the current terms of buyers' contracts with Gazprom), and the transfer of rubles to the second, ruble account of buyers will be made by an authorized bank after the sale of foreign exchange earnings on the MICEX site with subsequent transfer of rubles to the current account of Gazprom. At the same time, the buyer acquires ownership of the gas only AFTER the rubles are credited to the settlement account of PJSC Gazprom. 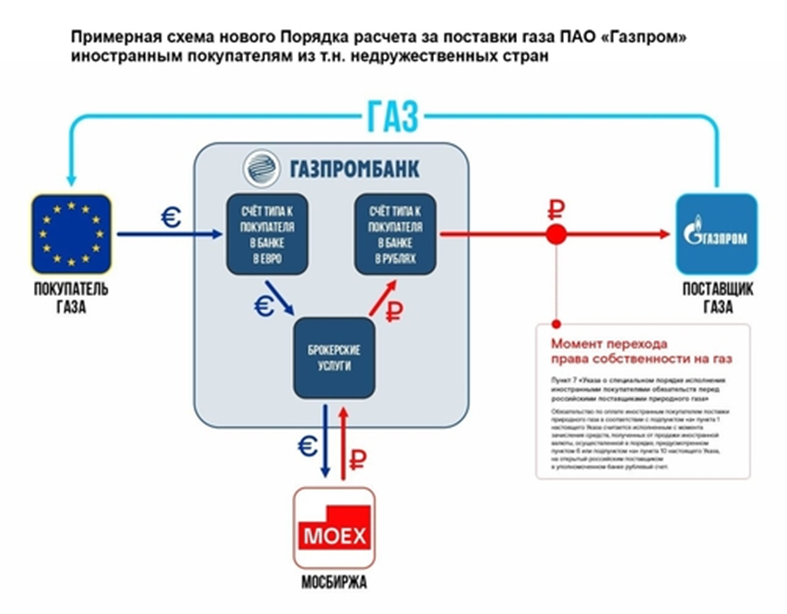 However, despite all the “elegance” of the new gas payment scheme proposed by Russia, the risks of limiting gas supplies to foreign buyers from the so-called unfriendly countries are saved. And the main reason for the persistence of such risks is geopolitics, since from an economic point of view, the proposed changes are quite acceptable for all parties.

Gromov Alexey I. Principal Director on Energy Studies, Head of the Energy Department