The expert named the reason for rising oil prices 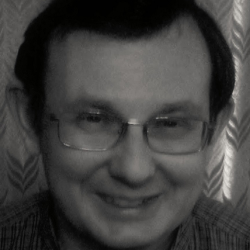 Yuri Rykov, Head of the sector of the Energy Department at the Institute for Energy and Finance commented to Sputnik radio, why there is a trend towards increasing oil prices.

The cost of Brent crude on the London ICE (Intercontinental Exchange) has exceeded $ 57 per barrel. RIA Novosti reports, that this is the highest price in the last 11 months. Oil was more expensive only in February last year, before the COVID-19 pandemic.

The reason for rising prices was explained by Yuri Rykov, Head of the sector of the Energy Department at the Institute for Energy and Finance on the air of Sputnik radio.

According to him, this is due to the decision of Saudi Arabia to cut oil production by one million barrels per day in February and March.

"This is an unprecedented step from Saudi Arabia - an additional cut in oil production by a million barrels per day. And other OPEC countries will cut production in about half a million barrels per day. This step will have an economic and psychological effect for at least two months. while the reduction is in effect. The rise in oil prices is not surprising now, " Yuri Rykov said.