Marcel Salikhov, President of the Institute for Energy and Finance, commented on the Moscow 24 TV channel about changes in the procedure for calculating the exchange rate.

The Central Bank has changed the procedure for calculating the official rates of the dollar and the euro, since the previous methods do not give correct results. Marcel Salikhov noted that the scheme was simplified as much as possible, and its use has already yielded results.

Thus, the official dollar exchange rate was 115 rubles, and the euro - 127 rubles. At the same time, the expert stressed that these figures have nothing to do with those that banks set when selling foreign currency to ordinary citizens. Read more in the plot of the Moscow 24 TV channel. 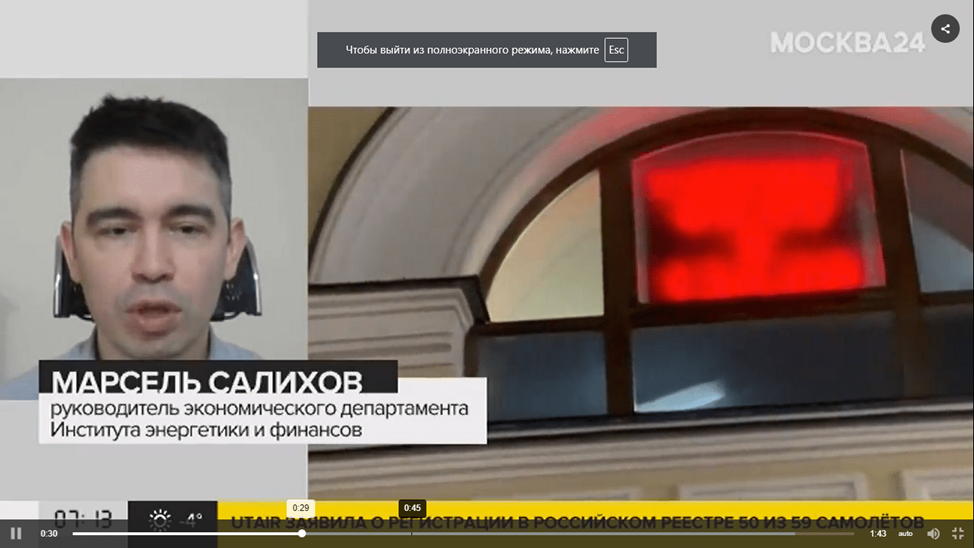